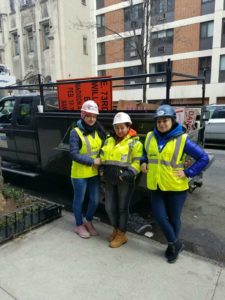 United Rigging is owned and operated by Kim Smith. She learned about the rigging industry at an early age from her father, Doug Smith. She has what it takes to run a successful business in NYC. Many of her clients like to support woman owed businesses and the support is appreciated.

Kim employs five other women at United Crane and Rigging, and she has also helped each one obtain OSHA cards and they are all certified flaggers . What is interesting is that you will often see them on job sites. 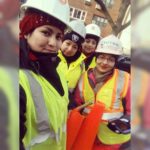 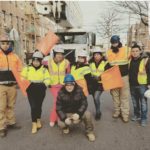 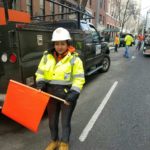 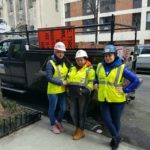 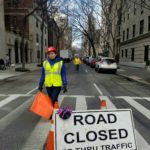 Another important woman at United Rigging is Marisela Ro. She is the Office Manager that holds everything together, or at least that is what Kim said.

A report commissioned by American Express in 2016 states the following:

According to the report, New York is in the top 10 when is comes to greatest number of woman owned firms and New York City is one of the top metropolitan areas.

Kim is is a owner of a company that is in an industry predominately owned by men. She is able to grow her business year over year and she also supports that community that she works in.

Do you support woman owned businesses? Let us know in the comments.